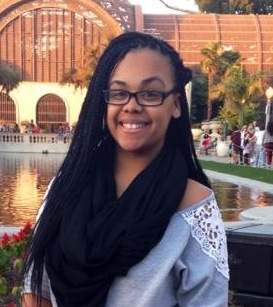 “Momma, when are we ever going to get a house?” It was a question Treva Williams’ youngest daughter, Cierra, always asked.

After 13 ½ years of living with five people in a two-bedroom apartment, Treva knew that it was time to take a leap of faith.

While living in the Mountain Housing Opportunities River Glen Apartments, she received a mailing about MHO’s Self-Help Home Ownership program, which provides low or moderate income families and individuals an opportunity to achieve the American Dream of home ownership. The program makes owning homes affordable by allowing families to invest “sweat equity” construction hours to reduce the cost of their homes.  Financing is provided by the US Department of Agriculture, NeighborWorks America, and Buncombe County.

Families work together to build their homes under the guidance of an MHO construction supervisor.  Together they build not only their own home but all of the homes in the group, and no one moves in until all of the houses are complete.

“I took the mailing as a sign that I needed to look into this program,” said Treva. “I knew it was a God given opportunity for me and my family.”

“I considered this a monument in our lives,” said Treva, “so I kept the building of the house a secret from the two youngest girls. I wanted it to be a big surprise for them.”

Treva and her oldest daughter, Kade’sha, worked on building the house when the girls were at their Dad’s house every other weekend. When they needed extra time, her parents covered for her.  Treva and Kade’sha told Cierra and Corrie that they were working on a special project for the family.

“It got harder and harder to keep the surprise when they kept seeing paint on us,” laughed Treva. “But they never guessed.  It was too far from what they ever could have imagined. I asked them that if they could ever possibly have their own rooms one day, what color they would like.  That’s how we ended up painting their bedrooms. I wanted their rooms to represent who they are.”

When the day finally came to show Corrie and Cierra the finished house, Treva and Kade’sha and other family members drove them to a certain point and then blindfolded them.  They then took them in the house and removed the blindfolds.  The girls looked around and said that it was a real nice house.

Treva smiled at them. “This is your house!”

“You have your own rooms!”  Treva saw her daughters race up the steps before she could hardly finish her sentence.

“Even a week after we moved in, the girls still got teary eyed, still not believing that they had their own rooms and their own home,” said Treva.

“For me to be a single mother of three girls and to provide this for them is amazing to me and something single parents don’t ever think they could ever achieve,” said Treva. “ I could only picture this happening with my entire family.”

Building their own home was not an easy process. It took nearly a year, working nights and weekends. “We built almost everything in the house,” said Treva. “So many people wanted to quit. But I told them, we have to keep on going. It’s going to be so worth it. And now, I look at this masterpiece. I can say we built this. We built all the houses in this neighborhood.” 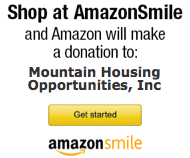