The History of Mountain Housing Opportunities

Mountain Housing Opportunities was organized in 1988 by a group of volunteers concerned with the declining housing stock and lack of affordable and decent housing units for low-income people.

Keynote speaker Dave Lollis of the Federation of Appalachian Housing Enterprises advises the 150 participants not to “spend too much time in needs assessment and networking” but instead to “go out and build a handrail on Aunt Mary’s front porch.”

Five volunteers who have met since the conference began the volunteer work. On a Saturday in August, they brought ladders, tools, and materials and repaired the roof of an elderly homeowner in Leicester. Later that month, the group incorporated as Mountain Housing Opportunities, Inc.

The corporation’s registered agent was Jim Barrett of Pisgah Legal Services. Before year end, seven volunteer home repairs are completed. In 1989, MHO hired its first Executive Director, Cindy Visnich Weeks. After serving as Board Chairman, Scott Dedman became Executive Director of MHO in 1993. Dedman was also one of the seven original founders of Mountain Housing Opportunities in 1988.

Mountain Housing Opportunities is a private, non-profit community development corporation whose mission is to build and improve homes, neighborhoods, communities, and lives, and build hope and dignity in the people we serve.

"We believe that if you work in this community, you should be able to live here in a safe, attractive, affordable home in a good neighborhood, and when you retire or if you become disabled, this should still be true."

For News and Events 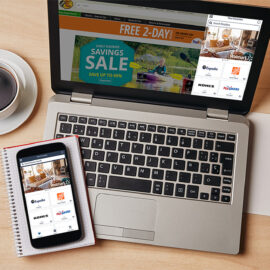 MHO is proud to announce a partnership with ShopRaise, an innovative and simple way to turn your everyday shopping at over 1,000 participating retailers into support for our cause. ShopRaise is an easy way to... Read More